Where do stakeholders come from?

Sharon, Sybille, you examined in your new paper why stakeholders interact with a start-up or enter a relationship with a start-up before the outcome or success of the product is predictable.

How can stakeholders identify with a product if the product is not even on the market yet?

Stakeholders don’t identify with products that don’t yet exist – they create these products and in creating them they become emotionally attached. Brian Chesky and Joe Gebbia were roommates who needed extra money to pay their expensive San Francisco rent. In 2007, they put down three air mattresses and offered a bed and some breakfast for $80 each during a conference. By March of 2009, AirBed & Breakfast received a $600,000 investment and a new name, Airbnb. The entrepreneurial endeavor that started out of necessity by roommates grew and transitioned into a successful company that went public with a valuation of $148 billion (April, 2020).

Could you say: «Stakeholder before idea»?

Yes, that is the core of the paper. Ben Cohen and Jerry Greenfield were childhood friends born four days apart in 1951 in Brooklyn, New York. The pair decided to go into business together before they had a product. They settled on ice cream and in 1978 opened the first Ben & Jerry’s in a converted Burlington, Vermont gas station. The ice cream shop became a community favorite thanks to the founders’ creative flavors and new language inspired by names such as, Hubby Hubby, Chunky Monkey, Rainforest Crunch and many more.

What can start-ups learn from your paper?

If there is not a common ground established before starting a new entrepreneurial venture the likelihood of getting the kinds of resources and stakeholder commitments necessary to succeed are doubtful. Grocery delivery was a new idea that did not have the necessary stakeholder commitments that would make it successful in the beginning. This idea had been tried by several entrepreneurial stakeholders and it did not succeed beyond the entrepreneurial endeavor stage.  These stakeholders abandoned the common ground spurred by their idea. But the language and the idea  of grocery delivery did not cease to exist. At a later point in time, Wholefoods, Amazon and several other shops after the pandemic forced the situation further developed the idea of grocery delivery.

What can companies adapt from your results?

What role does language play in the interaction with the stakeholder?

It is the stakeholders that develop the new language in order to give words that can be understood to their new innovations. New to the world ideas require new language. New language emerges when ideas not previously experienced by society occur. New language is one of the fundamental outcomes of groundbreaking entrepreneurship, words communicate ideas and create the world we live in. Facebook, YouTube or Instagram are innovations of online social networks that have populated new words previously not in use in common language. Society now easily communicates using new intuitive language that has emerged using words such as Facebook, YouTube, Instagram, Snapchat, WhatsApp, TikTok and WeChat. These social media innovations use pictures and reactions in the form of «likes» (a new use for an old word) in different ways than previously used to communicate.

Stakeholders self-identify with a firm when they believe they affect and are themselves affected by the actions of a firm. When a firm is already operating, is already implementing a business model, and is already engaging in actions that are more or less consistent with that business model, stakeholders can evaluate whether they are affected or they affect the firm. However, how do stakeholders self-identify in the earliest stages of an entrepreneurial endeavor when a firm has yet to exist and the outcomes of product and service ideas and their effects on stakeholders are unknown? The purpose of this paper is to develop a process model that explains how individuals come to self-identify as stakeholders using the theory of common ground as a foundation (Clark, 1996). Common ground, a theory from the field of linguistics explains how human cooperation emerges and sheds light on how stakeholder self-identification can lead to the emergence of new language, an entrepreneurial endeavor, and product and service ideas. Finally, the paper proposes that how this endeavor is organized is a manifestation of the unique process the stakeholders have gone through. 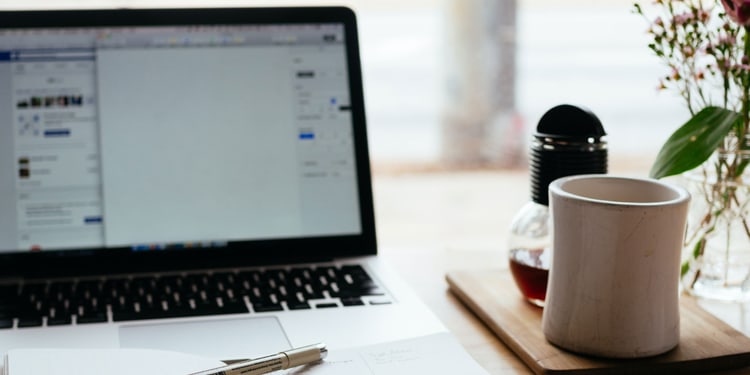